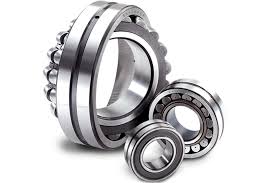 Rolling bearings support and guide the rotation or oscillation of the machine with minimal friction and transfer loads between machine components such as axles, axles or wheels. The high-precision and low-friction characteristics of rolling bearings can achieve high speeds while reducing noise, heat, energy consumption and wear.

The difference between balls and rollers is the way they contact the raceway.

Ball makes point contact with the raceway of the bearing ring. As the load acting on the bearing increases, the contact point becomes an elliptical area. The small contact area results in low rolling friction, so that the ball bearing can adapt to high-speed operation, but its carrying capacity is limited.

Rolling bearings are divided into two categories according to the main load direction:

Contact angle determines which category the bearing belongs to. Bearings with a contact angle of ≤ 45° are radial bearings, and others are thrust bearings.