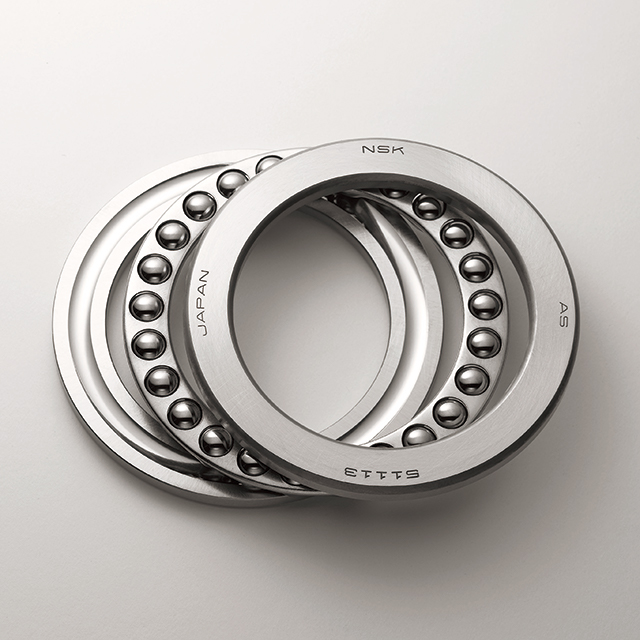 Thrust ball bearings are designed to withstand thrust loads at high speeds, and are composed of washer-shaped ferrules with ball rolling grooves. Because the ring is in the shape of a cushion, thrust ball bearings are divided into two types: flat base cushion type and self-aligning spherical cushion type. In addition, this kind of bearing can bear axial load, but cannot bear radial load.

Application of thrust ball bearings: only suitable for parts that bear one side of the axial load and low speed, such as crane hooks, vertical water pumps, vertical centrifuges, jacks, low-speed reducers, etc. The shaft ring, seat ring and rolling element of the bearing are separated and can be assembled and disassembled separately.